Posted by Parkwoods Hockey League on Apr 06 2022 at 03:39AM PDT
More editing options 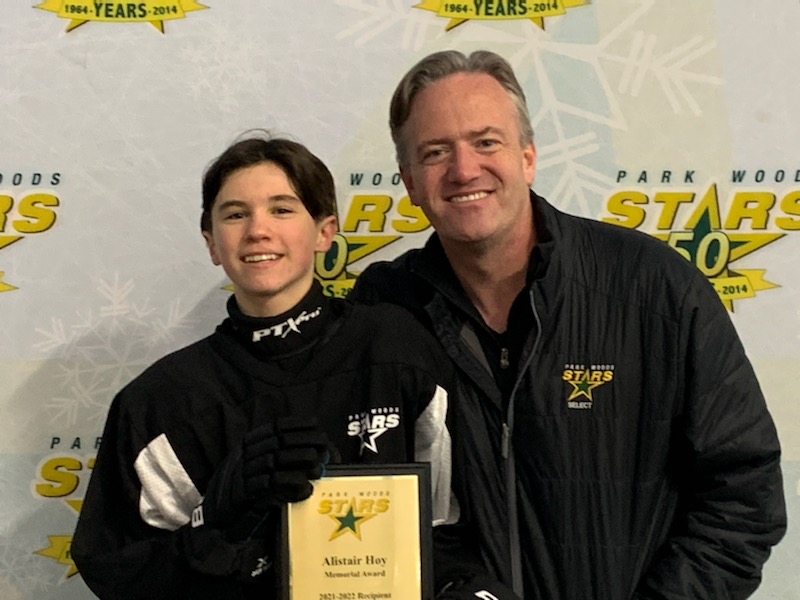 Alistair Hoy (1996-2011) played house league and Select hockey at Parkwoods. Alistair played with tenacity, hard work and perseverance and he battled illness the same way. In 2011 the League created a Memorial Award to honour Alistair. The Alistair Hoy award is given annually in his memory to the most all-around player in the U15 Division (formerly Bantam Division).

The recipient of the Alistair Hoy Award for the 2021-2022 Parkwoods Season is Ryan Lawrence.

Ryan’s character and demeanor both on and off the ice and his dedication to the game of hockey makes him a well-deserved recipient for this award.

Parkwoods President Francis Cooke presented Ryan with the award on April2, 2002 during the Parkwoods Championship Cup day. Congratulations Ryan on winning the award.

For more information about Alistair and the community’s ongoing activities in his memory please visit @project162.