Posted by Parkwoods Hockey League on May 16 2013 at 08:19PM PDT
More editing options 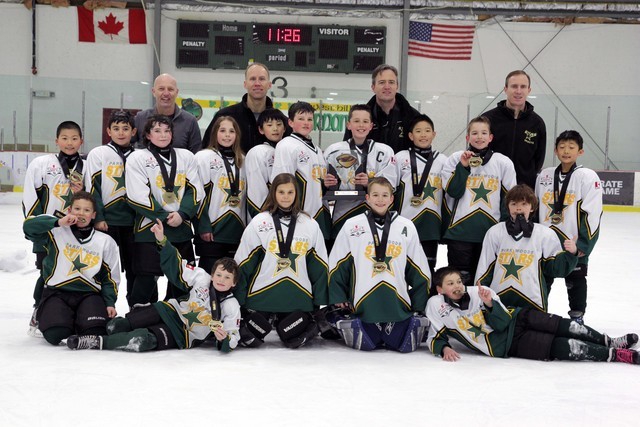 Sunday, March 31, 2013 – The Parkwoods Major Atom Stars won their 3rd consecutive West Hill Shamrock tournament today. After going undefeated in the round-robin, the Stars beat Lawfield (Hamilton) 9-0 in the semi-finals and then beat OCHL (Oshawa) Hawks 5-2 in the finals to win the tournament.

Congratulations to all the players and coaches !