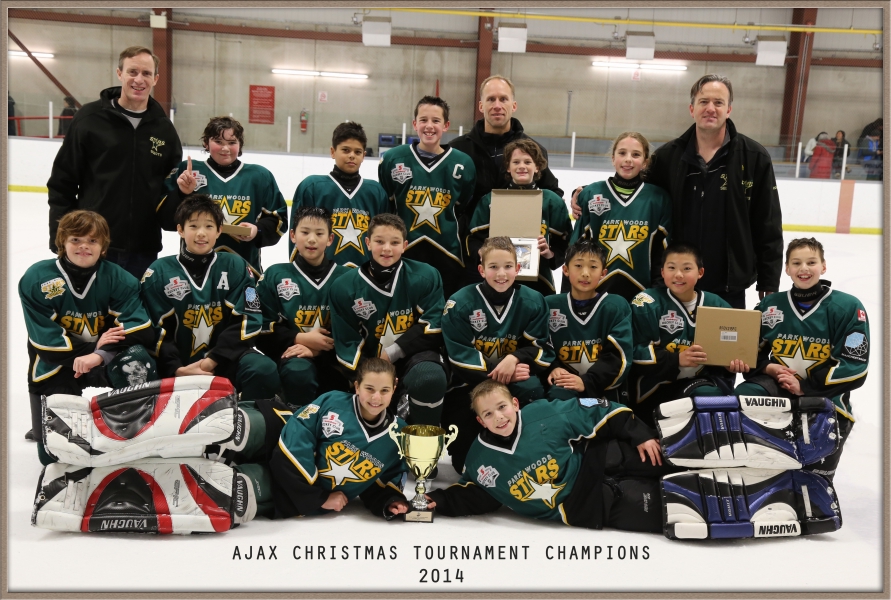 December 29, 2014 – The Parkwoods Peewee Stars won the Ajax holiday tournament with a thrilling 3-2 win over Amesbury in the finals.

After going 3-1 in the round-robin, including a tough 1-0 loss against Amesbury, the Stars beat Whitby 6-2 in the semi-finals to set up a finals rematch against Amesbury.

After going down 2-0, the Stars rallied to tie the game 2-2 with two minutes left in the 3rd period. After scoreless 5-on-5 and then 4-on-4 overtime, the Stars scored the winning goal with 3 seconds left in 3-on-3 to take the championship.

A terrific performance from our Stars !!