Posted by Parkwoods Hockey League on Apr 07 2015 at 10:28AM PDT
More editing options 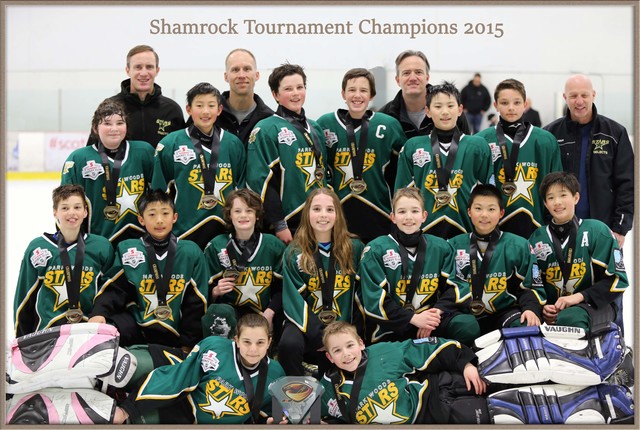 April 5, 2015 – The Parkwoods Peewee Stars won the West Hill Shamrock tournament today, with a 4-2 win over Unionville in the Finals.

After going undefeated in the round-robin without conceding a goal, the Stars beat the Oshawa Hawks 11-0 in the semi-final, setting up the Finals match-up with Unionville.

Congratulations to our Stars !!!